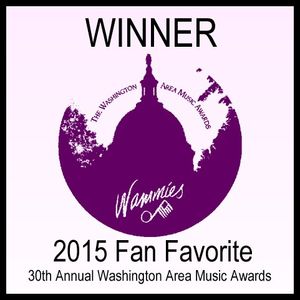 Award winning Wicked Jezabel, founded in the Washington DC area by Pauline and Davi AnsonDross has been proudly serving the Mid Atlantic area since 2004.  Wicked Jezabel dynamically delivers retro hits from the 60's dance-able Motown era, 70's Disco & classic rock mix, the wicked 80's, to the grun​gy/techno 90's with a "tad" of today.

Awards and acknowledgments: three Washington Area Music Association (WAMA) awards and The BEST of Gay DC 2013, 2017, 2018, 2019 & runner up in 2014 by The "Reader's Choice Awards"  of The Washington Blade. Best Entertainers - Reston Rainbow Awards 2020. Wicked Jezabel proudly and regularly donates a percentage of income to local, national and international animal rescues, and humanitarian aid!

Our primary goal is to bring awareness and unity to humanity through the love of music and entertainment.

Know that Wicked Jezabel is fully committed to being FULLY FACCINATED as per the most current CDC guidelines for everyone's protection.

Elvis Presley Gets His Polio Shot ... The following year almost 900 thousand New Yorkers were vaccinated, and the number of new cases declined sharply. This single TV event was partly responsible for raising immunization levels in the country from 0.6 percent to 80 percent in just six months, according to Nexus in its article: US Healthcare Needs Another Elvis. 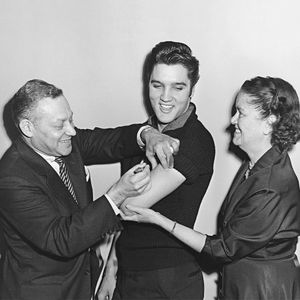